Realism: Of Windows and Water

E. Dale Erickson's gift is creating paintings that masterfully bring together an incredible balance of hyper-realism of objects and backgrounds with a character portrait of people as they are experience and not just seen. The juxtaposition of these elements shows the true depth his talent in storytelling. Most paintings come from true stories and feature people from his life. The works trend towards the large size which further pushes the boundary of experience. Dale is simply one of San Francisco's most skilled contemporary realist painters. canadian online casino

Erickson's paintings, drawings and prints chronicle his thirty-plus years in San Francisco. His subjects are colorful streets, interesting people from the city, his world travels, as well as a wide variety of still life subjects. He is an artist who has stayed true to his calling, dedicated to realism.

Erickson reveals a consistent handling and individual style. In his approach, the dance of color and light expose a traditional, formal treatment of composition. At the same time formality is expressed quietly and uniquely in the casual elegance Dale imbues in most of his works. Casino Online

As a longtime resident of Project Artaud, Erickson has been a driving force in the San Francisco arts community since the early 1970’s. As a young boy he started painting the world around him and has continued to do so ever since. Following his passion he pursued a formal education in fine arts. He has been selling his works, which have found their way across the world, to enthusiast and notable collectors alike.

Dale received his BFA in painting from the Art Institute of Chicago in 1964 and an MA in printmaking from San Francisco State University in 1974. 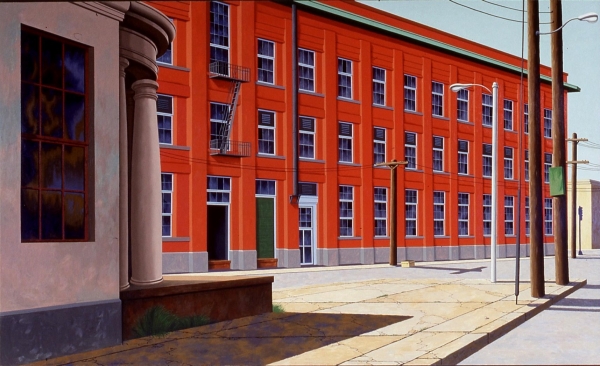