333 Conspiracy will be composed of more than 40 ink drawings on U.S. bank notes. The iconic pop characters appropriated and rendered on the bills by artist James Charles, range from comedic to tragic; from important figures to trivial cult heroes from both past and present. The artist titles or adds commentary to the pieces by altering the script along the bottom of the note. With inspiration drawn from rock and roll, bad sitcoms, sideshow performers, chessboxing, folk tales and fast food, he shines a light on the ridiculous and the worshiped, reminding us that both what we love and what we hate about pop culture is a reflection of ourselves.

In his second year of working with currency as an artistic medium, James Charles has begun to allow these works to evolve beyond simple portraiture, and has been adding backgrounds and attaching notes together, blending the various seals and government images on the bills with his own; creating more complex compositions, using his own mythologies, and pushing his artistic boundaries even farther. 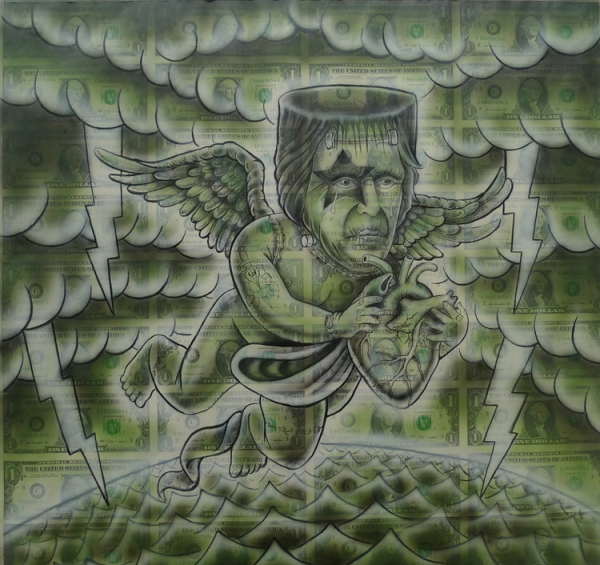