I didn't know I needed a name

Yony Papesh is a freelance artist living in Oakland, CA. HIs main passion is painting but he usually pay the bills by working as a director, animator, and illustrator. Over the years, he have worked on commercials, album covers, and animations that have been seen around the world. He's worked with both large and small companies using a wide variety of different styles and techniques.

When he is not locked up in some office, he is painting. He usually work with gouache, colored pencil, and wood (though he's open to using whatever supplies are lying around). I

He likes to paint gross monsters, melting creatures, and girls with goofy teeth. 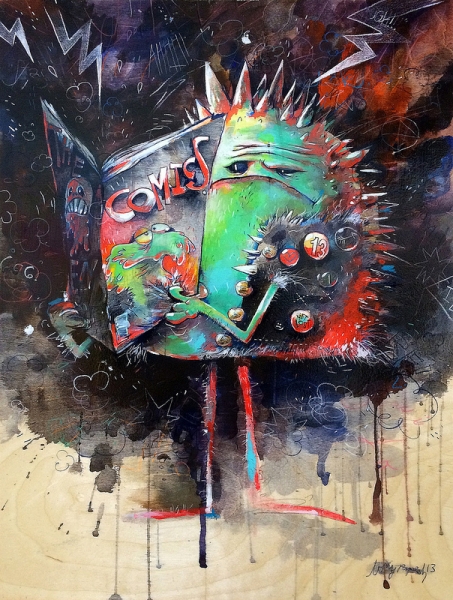