Bedtime Stories: From the Crib to the Crypt

Shooting Gallery is pleased to present Bedtime Stories, artist Jack Howe’s new solo show, presented to the viewer as a series of collected stories whose plots are revealed through broken pieces left behind. Bedtime Stories will feature eight large works, ranging between three and seven feet, along with smaller accompanying works. The opening reception is Saturday, March 17th, 2012 from 7-11 pm, and the exhibition is free and open to the public for viewing through April 7th, 2012.

With the reflection “chances are we are conceived, born, and will hopefully die on a bed,” acting as a frame for this exhibition, Bedtime Stories expands on a series of mattress pieces the artist created in the 90's that was based on the loss of a young child, crafted “as if her life story continued on after her death...a created life-history as it were...her loves, ambitions, desires, joys, all enshrined on her body and embroidered into the mattress.” While Howe sold them all, he kept two to show. And after showing one last year, Howe decided it was time to make a few new mattress pieces he’d had in mind, “to explore the existential themes that inevitably emerge amongst the rusty coils.” 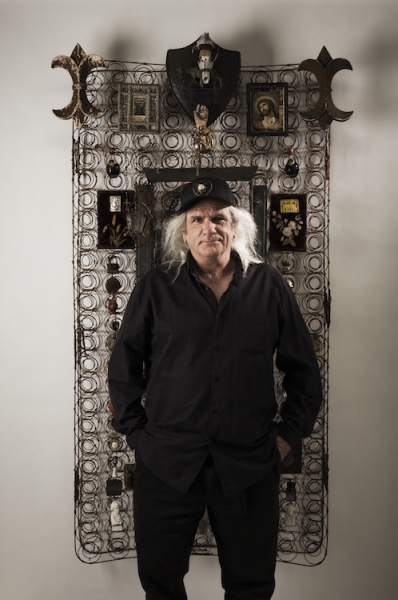