These paintings represent a conscious effort to go in a new direction with my work. They are loosely based on snapshots from traveling in Mexico, painted later in the studio. Using a variety of paints and raw pigments suspended in various oil based mediums. I have purposely stopped these paintings while they are still in a state of flux, choosing not to consciously finish them. In this way I have tried to achieve an "evocation of reality", a kind of realism that is based more on tactility and sensation than any traditional sense of pictorial space.


I am a 53 year old painter currently living in Southern Oregon. I have studied at the College of Creative Studies, UCSB with Bonnie Blau and at Cooper Union with Irving Petlin, receiving a BS in Fine Arts from Hunter College. Although I have supported myself as a graphic designer, I have always considered a painter firs. I have had several recent exhibitions at the Ashland Painters Union, a gallery in Ashland Oregon. 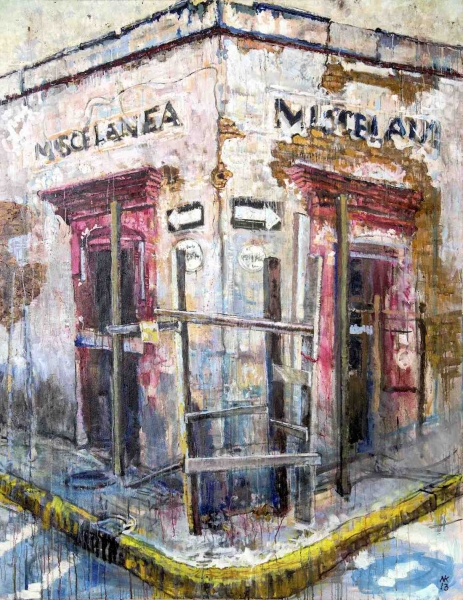