This marks Blair’s first solo show at White Walls, after participating in both the Shooting Gallery’s 2014 Winter Group Show and the White Walls 12 Year Anniversary Show.  This solo exhibition features over 20 new original paintings on a variety of mediums.

Nearly all of the objects that Blair has chosen as canvas are items that have been discarded as trash or waste, from pianos left for no one, to broken skateboards on the street and broken surfboards on the beach.  He selects this these previously cherished items and seeks to explore the relationships between waste and the natural world.  At times a single piece will be painted, or a number of pieces will be assembled in a sculptural fashion to create a larger canvas, totem, or animal shape.

Using vivid washes in the backgrounds of his pieces they are given an old abstract texture and design, often reflecting wood.  The backgrounds serve as a transition between the canvas and the animals, pattern, and design that lay on the surface.  Inspired and influenced by the art of the Haida, Tlingit, and other Pacific Northwest First Nations Tribes, along with Marquesean and Polynesian Tattoo culture, and surf and skateboard culture, Blair uses bold imagery and outlines to present the narratives he finds in the world around him. 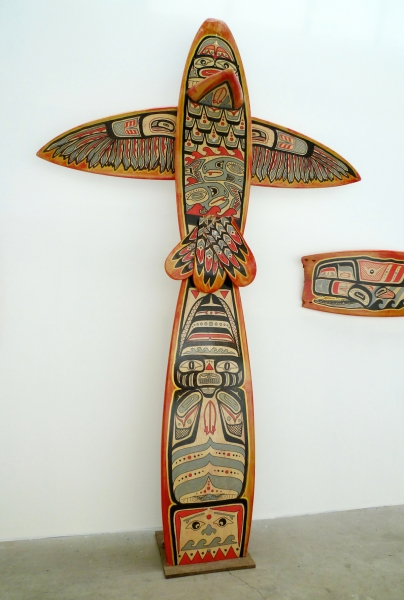