Marks is Aaron Nagel’s largest and most cohesive body of work to date. The eleven oil paintings in this series use imagery of youthful women in the nude, often impaled by archery arrows. These figures embody Catholic martyrs such as St. Sebastian, offering atheists and skeptics an alternative to traditional religious symbolism. As Aaron is inspired by the contrast between power and the fragility of the human body, Marks is infused with imagery that is at once calm and violent. 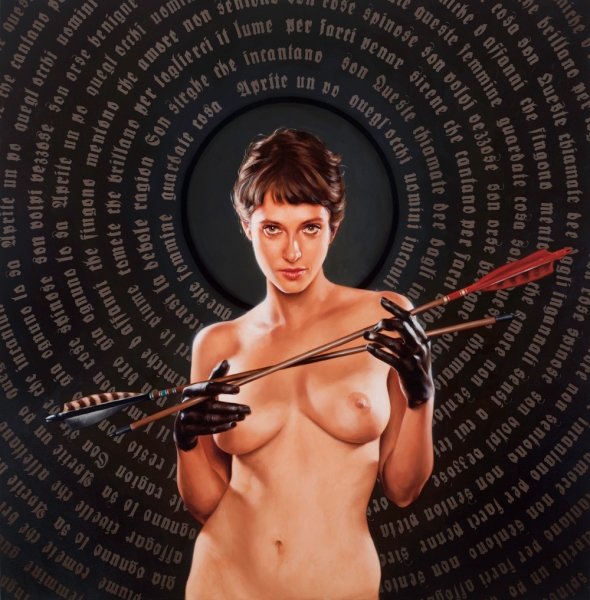