Shooting Gallery is pleased to present Unrest by Ferris Plock. The SF-based artist's fourth solo show with the Shooting Gallery will draw inspiration from the changing face of San Francisco, focusing on Western Addition/NOPA. The opening reception will be Saturday, December 14, from 7-11pm, and the exhibition is free and open to the public for viewing through January 4, 2014.

Heavily influenced by Japanese woodblocks of the Edo period, Plock will show 20-25 new character portraits featuring imagery of knights with neighborhood-specific armor and flags, all painted with acrylic, house paint, gouache and gold leaf on panel. 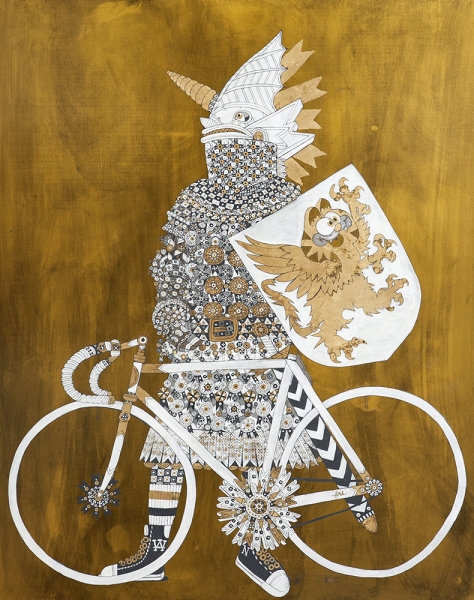