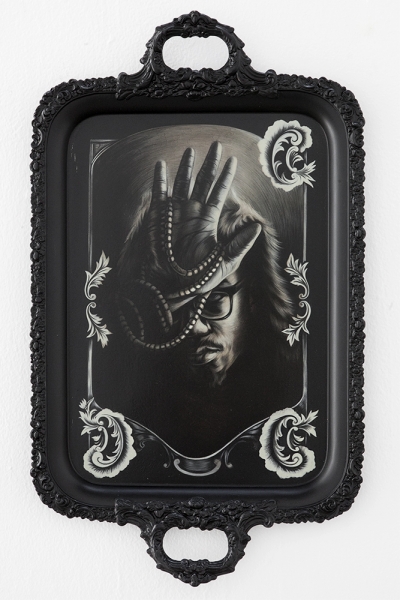 Christopher Burch
The man at the cross roads said "He said his wager was five ...but he ain't never tell me exactly what it was we was wagering"
Mixed media on silver serving tray, 16x27 inches, 2014
$2,000
Click to inquire for details.
(1 of 52) next